In the first installment in this series, we thought about what DNA itself was, and we delved into ideas about genetic modification in science fiction.  What I was building up to was this article, which was a terrible thing to tackle in such a short space. Multiple scientists and philosophers have considered what to think about evolution, and many have struggled. What I intend to do here is show how evolution is theorized to work, show some of the common misconceptions about evolution and why using them makes for a weaker story, and then have a brief aside on the religious aspects of evolution. 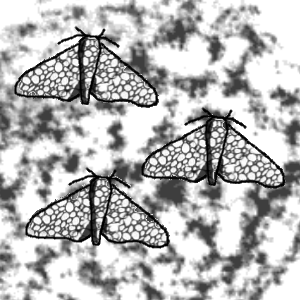 1. Cartoon version of Peppered Moths in their natural state.

Let’s say you have a spotted moth that lives on a tree.  They might look something like what you see to the left.

As long as the moth doesn’t get dirty, it will remain somewhat difficult to see by a passing bird.  A moth like this exists in Britain – and it has for quite a long time.   It’s the peppered moth, and it’s a lovely example of how natural selection and evolution work.

2. Cartoon version of peppered moths after their trees become covered in soot.

In the early 1800’s, right when Britain was industrializing and producing more coal smoke, people began noticing these moths.  Judging by the picture to the left, it’s pretty obvious why this happened – the dirty trees made it easy to pick out the mostly white moths.  Humans weren’t the only creatures to begin noticing this moth, though.  Birds, the natural predators of the peppered moth, were also better able to pick out their prey and eat them. 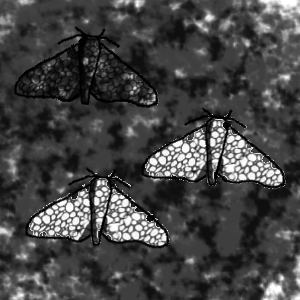 3. Some peppered moths are born with defects that make them darker than the normal moths.

Sometimes, mutations happen in DNA that cause interesting effects, or sometimes DNA combines from parents in interesting ways to create a new effect.  At one time, a moth or some moths were born that contained a darker pigment.  This sooty looking moth wasn’t easy to see, and the birds also did not notice them as much.  The white moths were eaten at an increased rate, and so were not able to lay eggs and make as many new white moths.  Meanwhile, the black moths were getting it on.

4. Eventually, nearly all the moths were black. The black moths remained predominant until environmental laws got rid of the soot and, in some areas, the white moths returned.

The black moths became more common, since they had babies and weren’t eaten.  Eventually, as many of the white moths died off, the dark version became the main color of moth.  Humans were able to notice this change because the lifespan of a moth is so much shorter than that of a person’s.  The moths evolved over the course of several generations, and the changes were thus relatively slow.

Let’s think about the above moth scenario again.  This time, though, a moth isn’t born looking darker.  Instead, it flies into some soot and happens to look like the dirty trees, sort of like wearing makeup.  When it mates and has babies, this moth’s genes are still the underlying white.  Its children are no more likely to breed than any other moth because they have no natural advantage.  That first moth that got covered in soot simply had a lucky break.  Experience or changes in an individual don’t result in evolution. 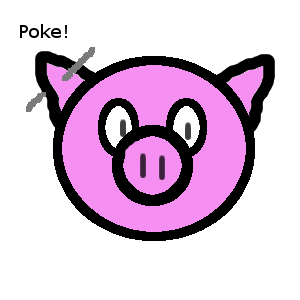 Here’s a potentially better example.  Let’s say you have a pig, and you need to tag it so your neighbors won’t steal it.  You thus poke a hole in its ear where it’s not going to hurt.  Later, since this pig is a good pig, you decide to breed it.  Even though an offspring pig would be better off if it came with a pierced ear (since you wouldn’t need to do it and risk infections or pain later), there’s no way your offspring piglet will come with a pierced ear.  Neither of its parents had this advantage, so without random mutations, it won’t either.

Things that happen to an animal during its lifetime won’t affect how its offspring look.  Those are individual adaptations, or things that an animal can go through without dying.  To pass on a trait, the organism must have had that trait to begin with.

This is more like what happens with butterflies or Pokemon.  It basically means that you start out with one organism, and that organism changes into another organism sometime during its life cycle.

If you ever watched a butterfly metamorphose, though, you know that the stages it goes through will be the same stages its offspring will go through.  It’s not quite accurate to call the stages of a butterfly as evolution, since pupal, larval, and adult stages are all the same insect.  Deciduous trees go through stages during the seasons, but just because it doesn’t have any leaves doesn’t mean it’s not an oak or a maple anymore.  It is impossible to start with an animal of one species and end up with an animal of another species.

Am I Doing Something Immoral by Writing About Evolution?

Long story short – only you can really determine if writing about evolution is immoral for you, but if you’re looking at this section with any sort of seriousness, you’re probably looking for an excuse.

If this is true, look at this. 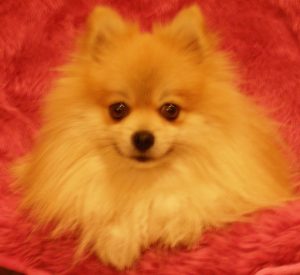 This is a Pomeranian.  While it’s my favorite breed of dog, it’s still a 5-lb ball of fur that needs a human to comb it lest the fur mats, skin develops hot spots, and the animal gains tons of health issues.  It has no way to fight against almost any predator or prey despite being (mostly) a wolf by genetics.  In fact, the actual dog pictured to the left was incapable of killing a betta fish out of its tank (he just cried instead, which did allow me to save the poor fish from suffocating).  If this dog were to be left to the wild, I have no doubt in my mind that it would fail to survive.

I grew up in a fundamentalist Christian household.  Like straight-up ‘7 modern-Earth length days of creation with no leeway’ kind of fundamentalist.  I appreciate that upbringing, and I totally understand where people who do think that way are coming from.  There is no way to prove them wrong, because in their mind God is too great for things that are so limiting as carbon-13 testing or the speed of light.  If you are in this camp, that is totally ok.  If believing in a strict 7-day, young earth interpretation of scripture is what makes you feel like God is the greatest of gods, then you should believe that.  If you believe that by writing a story with evolution in it, you are leading people away from a loving creator, you should strongly consider whether the story is worth telling.

I’m going to return to the Pomeranian, though.  Humans MADE that.  There’s no doubt in this fact.  They did so by selective breeding, or by making dogs with similar traits have puppies until they came out with the adorable fluffball.  The peppered moth above is a true story about how animals changed over a few generations without the direct (though, I admit, indirect) influence of humans.  While there are some gaps in evolutionary theory, like how eyes came to be, the basics makes a lot of sense.  I began to feel uncomfortable denying evolution as an undergraduate when I realized that dog evolution had to have happened.  Yet, at the same time, I felt uncomfortable leaving what I had learned growing up, especially when Biblical texts, interpreted literally, are pretty devoid of evolutionary theory.

But I could never leave the idea that God is too great for things that are limiting at all, whether through science or through our meager interpretations.  I decided that to read the text and limit God to 7 days as modern humans understand the time frame, to reduce his voice to a sound rather than a force which humans are barely capable of fathoming, or to reduce God’s workings into anything less than what God actually did is just as much a sin as forcing God out of the picture.  To deny the possibility of evolution, in my opinion, is wrong.  I suppose I can believe in both God and evolution because I don’t see them as mutually exclusive, but they are ideas I can hold in tension, at odds with each other in some ways, and yet believe both are true without believing everything is true.

If you can hold the ideas in tension, and if you believe that other people are just as intelligent and thoughtful as you, then no, it’s not immoral.  C.S. Lewis wrote fantastical stories like the Chronicles of Narnia or Out of the Silent Planet that have moral implications many believe trump the fantastical or evolutionary elements.  At worst, I think people are made in the image of God, and that means people enjoy creating.  Evolution can be a literary tool that, at least for us mere mortals, allows us to form ideas and imitate the creator that loves us.

My insight is probably not unique.  I’m probably not breaking any new ground or changing any minds, but perhaps I’ve given you something to think about.  That’s all I really wanted.