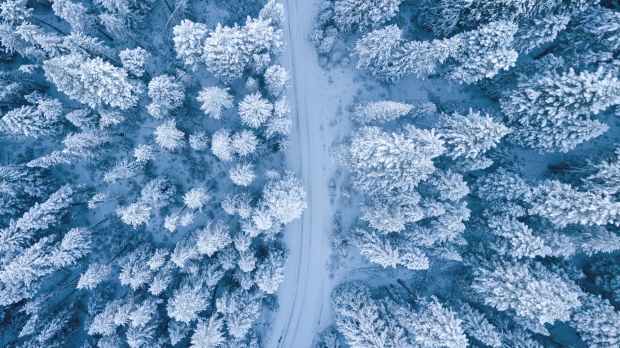 “We’ve got to run!” I said.  I sheathed my own bone claws and shook Binnea by the scruff, but my friend remained stunned.

More lights turned on in the nearby facility.  Shadows fell on the windows as the humans inside hustled.

I shook Binnea again.  “They’re coming – we’ve got to leave!”

Binnea pulled its claws close to its chest.  “I think that was Father Richard.”

The humans burst out of the door.  It was possible for us to run – our skating was faster than their running – but they would have mechanical beasts that could soon find us.  We’d have to sleep when it got much colder, whether the humans did or not.

The humans moved their torches to shine on us.  I looked at Binnea’s claws, covered in the glistening red goo from the dead human.

Binnea shook its head.  “I didn’t mean to!  The human just snuck up on me!  Please, don’t shoot!”

One of the humans put down its torch and took out a cloth.  It reached out to frightened Binnea’s hands and wiped some of the red goo off.  “What you did was very, very bad.”

I raised my hackles and curled my lips.  “Does it matter?” I growled.  “We just killed your god.  Now you can’t have Christmas, and you’ll have to go home!”

The human holding the torch sighed, a strange noise of whistling air.   “Then you’ll be disappointed to know humans already tried that, and God came back more powerful, forgiving, and awesome than ever.”

I shook my head and took a fearful step back from the human priest.  “Then… then this priest isn’t dead?  He’ll come back too?”

“That body is dead, yes, which is very bad.  But Father Richard?” the priest moved its light to shine on its own face, then on the face of the priest next to him, and the one after that.  All the human faces looked the same, all of them appearing like Father Richard more than a Mother Abigail or Sister Greta.  “Father Richard can’t be killed so easily.”