Sometimes, I’ll see threads on Twitter where people will advertise their books.  I’ll go through these lists of indie books and see if anything strikes a fancy.  And let me tell you – I’ve clicked on HUNDREDS of those book links, and I’m still pretty picky about what I choose.  This one looked very interesting. 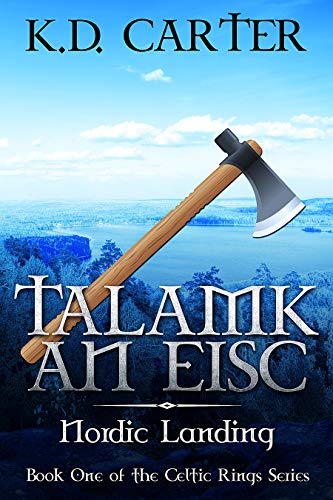 I was on a major history-obsession bender when I saw this being promoted by the author on Twitter.  I’m not really sure, beyond the historical backdrop, why I bought this – I think the title is actually pretty terrible, since non-English words are usually a turn-off for me (they don’t tell me much about the contents of the book).  Still, it looks pretty action-packed, and I hope the author pressed a lot of love and research into the pages.

Eh… I wasn’t as impressed with this as I had hoped.  Perhaps I had too high expectations going in. Perhaps I felt mislead by the summary on Amazon.

Discoball snowcone ratings on indie books I didn’t like show up only long after my book review posts are ‘dead.’ I do not leave review with low star ratings on Goodreads or Amazon unless there are already 20+ reviews.

Ok… I’m just going to summarize the plot, beginning to end.  You decide if I have a reason to dislike it. WAIT FOR IT.

The regent calls farmer Bas to complete a mission with master swordsman Scaran. Declan, enemy of the regent, has a lot of gold and a new, destructive weapon: a black powder that burns. Bas and Scaran must stop Declan from pursuing more power.

The regent demands they take Elise, the traitor who brought intelligence about the weapon, along on the mission. To prove her claims, Elise convinces master thief Raven to show the burning powder to the regent. While doing so, Raven is discovered as a murderer and also pressed into service against Declan, the enemy duke.

They then hate each other and travel for about 50% of the book. Scaran gets a letter that his boss is murdered, but it’s too late and he can’t go back. All that matters here is they eventually get to the town where Declan lives.

While Bas and Raven scout, Scaran threatens to kill Elise. She escapes him using a sleeping potion, then immediately gets captured by Declan and is threatened with being raped to death.  Lucky for her, Raven finds out that Declan plans on raping Elise to death, so she gets mad and starts killing soldiers as a distraction. During the distraction, Elise poisons Declan, theoretically killing him. We still don’t know why Declan was worse than their own regent, save for the fact he has money. The four escape on ponies and seek refuge in a church. (Note: this is about 80% of the way through.)

Waking in the middle of the night, Scaran declares, “I know who murdered my boss!”

They then travel back to where they started, hunt down Correigh (who hadn’t been mentioned by name before as far as I remember), and kill him for murdering Scaran’s boss.  Once they figured out it was Correigh, they had to entrap him and make sure it was him, then definitely kill him rather than bring him to the king for justice. The party then broke up, and everyone went their own way. Raven changed her name to Brenna.

Did you catch what I disliked? If not, here it is:

Next week I’ll be reading A. Rinum’s The City of Saints, a sci-fi tale about cyborgs! Good times!