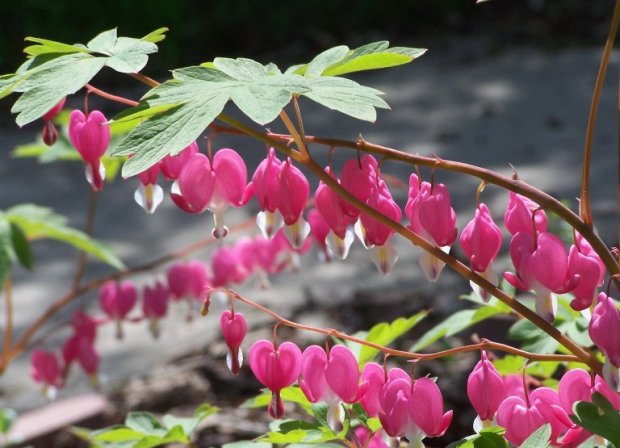 This was written for Colleen Chesebro’s Tanka Tuesday prompt, poet’s choice. I chose the crown cinquain to honor my grandmother, who this poem was written about. She was absolutely, totally insane, but despite this she held so much of the family together and made her garden fantasy a reality.

Because the bleeding heart flowers represented this poem well, I chose to use a picture previously shared by Alexander Eliot for a prompt. Check out his work too – he’s got a load of stories and some really nice photography.