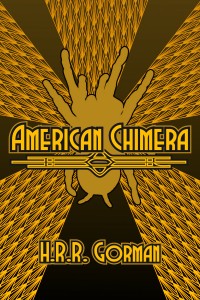 The interrogator’s voice was muffled by a Tyvek suit, but her signal traveled through cyberspace, was recorded in the facility’s computer, and was finally redirected back into the speakers in Dallin’s Tyvek suit. “She could bend composite material when she was in fifth grade. This suit isn’t enough to keep me safe.”

Dallin huffed as he fiddled with his keycard through the suit’s crunchy exterior. “We’ll have eyes and ears on you at all times. Besides, she has mostly been quiet and reserved since she’s been here. If she flips out at you, it’d be the first time she did much of anything without being forced.” He finally found the key card and pushed his leg up against the identifier. “She’s lazy, you know.”

The light above the door blinked from red to green. “Well, there you are. If you want to enter, have at it. An alarm will buzz in an hour, at which time you’ll have to leave if you’re not already done. We don’t want to risk any sort of sweat penetration out from your suit, do we?” He reached to the door and pulled on the handle. “Good luck. You’ll be fine, but I don’t know if you’ll learn what you wanted.”

The interrogator entered the door and held up her hands as if in surrender. A fine mist of ethanol sprayed over her while she slowly paced down the hallway, timing herself exactly as in training. When she reached the other side of the short hallway, she reached her now wet glove to the door and pulled open the handle. She entered the dark room.

The room was larger than the usual cells for the males. The floor appeared to have been covered by the cedar chips and shavings at one point, but the shavings were now piled against a wall. The light was fairly dim and mostly red, so the interrogator had to squint in order to read the note that was taped to the wall above the wood chips:

Legs skittered on the floor somewhere in the room. The sounds echoed, making the origin point mysterious.

“Is that you, Daenerys?” The interrogator took a defensive stance, hands out. “Show yourself.”

A leg waved from behind the cot in the middle of the room. “I don’t want to.”

The interrogator took a wary step closer to the bed and the dangerous leg atop it. “I’m investigating your case, Miss Huffman. I need to ask you a few questions, just have a little chat.”

“Please, no,” the voice pleaded. The voice was high pitched and smooth with youth. “They took away all my clothes. I don’t…I don’t want you to see me naked, even if you think I’m just some animal.”

The interrogator stopped. “That’s ok. I’m…I don’t need to see you in order to talk. I just need you to be loud enough for me to hear you through this suit.” She cleared her throat. “I’ve been talking with your friends. Your family. Almost all of them are currently jailed in this facility, and it’s not a pretty sight.”

The spider peeked over the bed, showing a couple claws and a few eyes. “Almost all?”

“It’s my job to find out what your acquaintances know, get them to sign agreements not to disclose any information about your existence, and determine who is safe enough to release back into their previous environment. It’s slow work, especially considering just how many people I have to vet.” She reached into a pocket on her suit and unrolled the clear plastic. Inside was her tablet, protected by a thick sheet of vinyl. “I wanted to talk with you because I thought you could speed up the process immensely, assuming you tell the truth.”

The interrogator showed the screen to Dani even though she was too far away to read anything. “I have here a list of people currently in holding cells upstairs. If I put this on your bed, could you read these names? Perhaps mark which ones aren’t very familiar to you?”

She waited a minute. “How will that help you?”

“I can question those people more quickly than I can question people who are heavily involved with you. For instance, I questioned your kindergarten teacher thinking she may be far enough removed from you to have been an easy pass – but no. She still knew quite a bit about where you were, what you’d accomplished. She seemed interested in you. So I have to keep questioning her.” She cleared her throat. “Though Dr. Worthington’s situation with you is complicated, I had initially thought she would cooperate. Instead, she’s gone as far as refusing to sign the affidavits for release. Complicating factors keep cropping up. If I can speak with the people who don’t have much stake in your wellbeing – er, success – I can see them released more quickly. I can get this job done faster.”

Dani reached a claw up to her bed and patted the surface. “Put the tablet here. I’ll look over yer list and do what I can.”