The man in the top hat knocked the soapbox with his gold-tipped cane. “I must protest this… this sin! How dare you peddle this Godless brew?”

The squirmy man with thin mustache bent down from atop his box. “Godless brew? No, it’s a true cure for everything from apoplexy to zinc deficiency, from premature birth to heart failure! Care to take a sip and put some pep in your step?”

The man with the top hat smashed the bottles at the foot of the soap box. “Even worse! If you cure mother, how else will I get her money?”

This was written for the January 16th Carrot Ranch prompt, protest.

Photo by Lucie Liz on Pexels.com 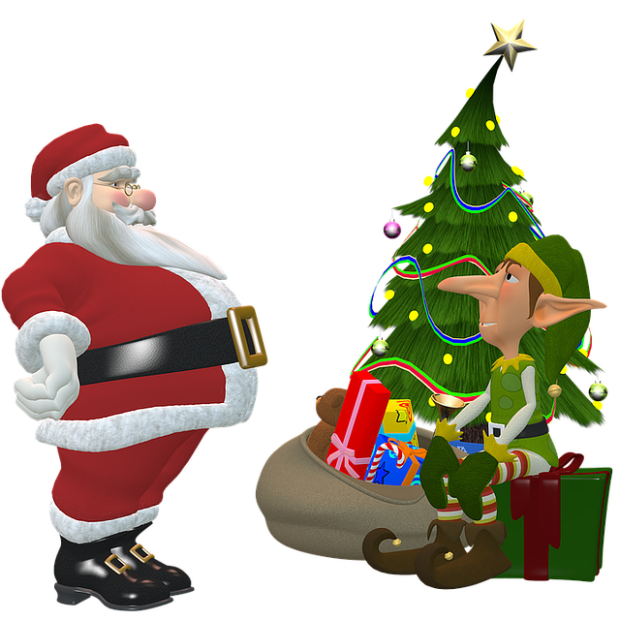 Peppermint Jolly finished soldering the knockoff iPad’s connections. He put the iron down so as to rest his bleeding and blistered hands, then placed his creation into the “finished” basket. He took a moment to breathe, to let his hands shake while the popped blisters seeped liquid.

But the overseer – a burly elf who’d earned the nickname Bad Figgy – caught Peppermint Jolly on this unapproved break. He strode over, broadening his shoulders and filling out his lederhosen. “What you doing, boy? Did Santa say you could stop?”

Peppermint Jolly shut his eyes tightly, expecting a punch or a slap. “Sir, my hands are bleeding, sir. I don’t want to ruin the product by dripping in them-”

“These products aren’t real iPads. They’re going to China, where everything is ripped off and broken anyway. We only buy the real ones for the kids who’ll know better. Now get back to work or I’ll put you on chemical weapons duty next year.” Bad Figgy boxed Peppermint Jolly’s ears, causing him to wince, then went off to whip up on the next electronics worker who slacked off.

Peppermint Jolly picked up the soldering iron despite the agonizing boils and wounds. He didn’t want to go on chemical weapons duty ever again – his lungs still hadn’t recovered from last time, and the sales of black market goods only made money that went toward the purchase of gifts like the real iPads or DRM intact materials.

But Peppermint Jolly knew the cycle would just start up again. While the next Christmas season was still a ways off, he’d be put on drone duty, soldering and building the electronic pieces used in military drones to sell to terrorists. He was also smart, so Santa could choose anytime now to force him into a living arrangement with a fertile female. He could whip them both if results didn’t happen.

And there was no escape. The magic barrier was impenetrable, and none of the humans besides Master Kringle could see inside.

Could he handle another year? Could Peppermint Jolly make it through more of this madness?

“Fuck you, Santa,” he said. He turned the iron to his neck and pierced the jugular as quick as he could.

This Christmas, think of the people and elves who make the presents you purchase. There are real kids in the Congo who are forced to dig cobalt for batteries, real people in Bangladesh and India who work harrowing hours in hazardous conditions for your soft goods. Many of us can’t afford gifts otherwise, but if you have the option, consider looking into what you purchase and try to incorporate the least slave labor you can.

Also, boycott Santa. Don’t let that asshole come down your chimney. Don’t pay that slave-owning piece of shit with milk and cookies. We’re better than this.

Image by SilviaP_Design from Pixabay

The microphone still sat, open and in pieces, on my workbench. I dreaded having to stay awake all night to get this antique fixed, but the owner needed it repaired by tomorrow.

That was easier said than done. The diaphragm on the capacitor was shot, but I didn’t have a replacement part handy.

A man in a pinstripe suit and thin mustache appeared at my side. He held a new diaphragm with his fingertips. “Your soul sound a fair price?” he asked.

This was written for the December 19th Flash Fiction Challenge at the Carrot Ranch. With a prompt like “open mic night,” I decided to attempt going way, way out there and made a literal opened microphone at night. This was partway inspired by the BBC series The Repair Shop (which my mom forced on me recently) and also by Hazbin Hotel‘s Radio Demon character.

Image by Thanks for your Like • donations welcome from Pixabay

Aunt Shoo put the final dollop of meringue atop the key lime pie. She placed it back in the oven to bake the meringue top.

I watched through the glass window – small back in those days – at the caramelizing sugar. “Aunt Shoo,” I asked, “What’s a key lime?”

Her face blanched. “Come with me,” she said before leading me upstairs to her shrine.

This was written for the December 5th Flash Fiction Challenge on the Carrot Ranch, key lime pie. This is based on my real-life introduction to key lime pie, wherein my Aunt (who I called “Shoo” at the time because I couldn’t pronounce her real name) claimed it was Elvis’s favorite and thus should be enjoyed. Was it really his favorite? I don’t know. But she was convinced of it, and therefore I will believe it until told otherwise.

Also I don’t actually know if she has a shrine, I just thought that was a nice touch. 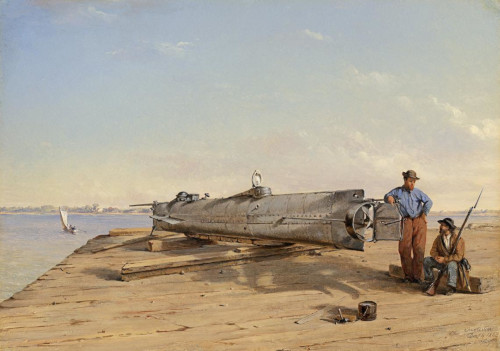 Captain Payne cackled, “It’s all or nothing, boys! Can you turn the crank, or will the sub sink?”

Ensign Nose Bender – a brawler – drew in a useless lungful of air. “I can’t breathe!”

I squeaked. Losing the Captain’s game would widow her.

The Captian’s mad laughter curdled our blood. “Sink the Housatonic, steal that Union powder! Take home the prize, men, and win it all!”

The torpedo hit the mark, but we’d already run out of time and air. The Hunley sank with her prey.

This was written during the Carrot Ranch Rodeo for the Pro-Bull Mashup, wherein we had three bull names – Nose Bender, Heartbreak Kid, and Bodacious – that had to be used along with pirates and a game show.

So what did I choose to do? I wrote about the first submarine in history to successfully sink an enemy war vessel. The H.L. Hunley was a Confederate submarine/deathtrap, and while it was mildly successful, everyone died during the attack. I’m personally scared to death of submarines, so I have a morbid curiosity about them. Also I had a hard time coming up with something to fit this prompt. 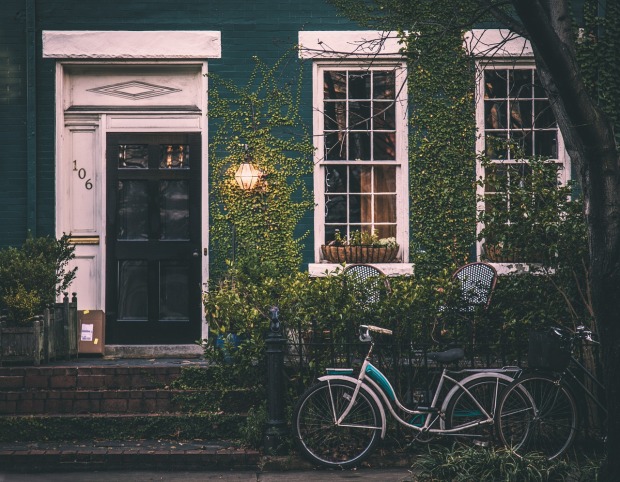 I pulled the hood of my jacket up and knocked on the door. Her bike was locked on the rails, so she was home. I swallowed my fear.

“Yes?” she asked, opening the door. Her jaw was somewhat square, but I couldn’t let that stifle my bravery.

I coughed. “I live across the street, and I noticed your bike. Uh, it’s cool.” I wiped my brow sweat away. “I like bikes. You want to go riding in the country this weekend? I’ll drive.” Why’d I say that? I hated biking.

This was written for the Carrot Ranch’s November 21st Flash Fiction Challenge: Romance. So, I am terrible at romance, but I remembered this award-winning (haha! I am so proud!) poem/post that I made back in July. That poem left everything unrequited, so I decided to write a follow-up in which the speaker braved up. The “square jaw” is supposed to hint that the female character has transitioned, which was inspired by North Carolina’s extremely transphobic HB2 law (now defunct). One day I should write a post about that and why a repealed bill is still important!

Image by Free-Photos from Pixabay

The dogs barked. They were getting closer.

“Dear God, please save me.” She clutched a small rock tied to a thong and prayed they not sniff her out. She’d stolen a crust of day old bread for her kid brother, but that was illegal. Draconian laws still demanded her hands be amputated for thievery.

She pulled herself further underneath the poplar’s roots. The dogs’ feet splashed in the creek as they sniffed and snorted.

“Hoh!” a man’s voice called. The dogs looked up and ran back to him, the hunt called off.

She waited until they left, then ran for the next county.

This was written for Sammi Cox’s Weekend Writing Prompt #132, Draconian.

Photo by Pixabay on Pexels.com 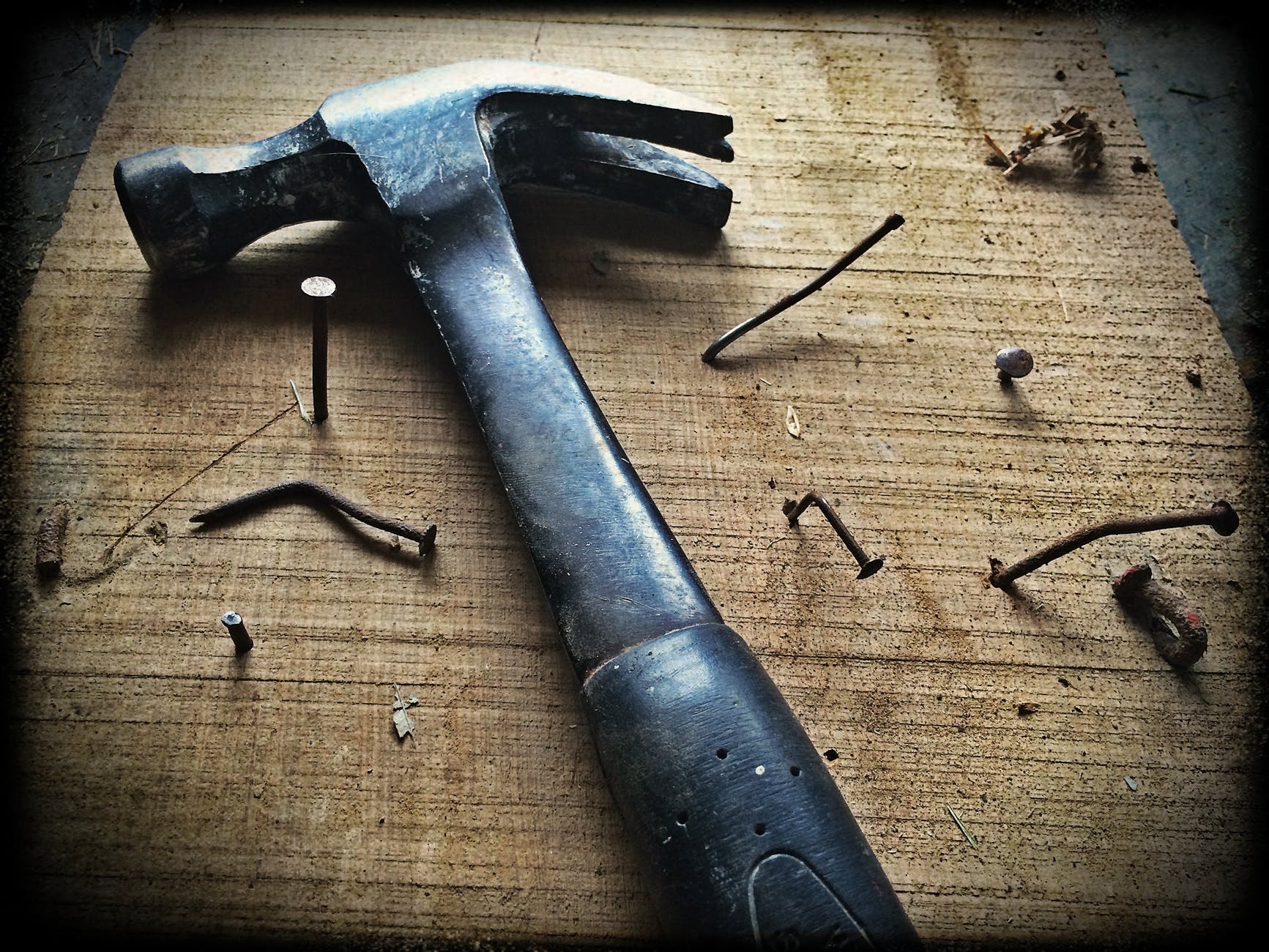 Usually the hammer lived happily in a drawer next to the tape measure and a molten pack of gum, but sometimes the humans would attack. Someone would be abducted, sometimes for days, and abused mercilessly at their hands.

Today storm clouds whirled above, and the humans had innocent sheets of plywood to serve as storm windows. They withdrew a nail from a sack on their belts.

But the human didn’t care. He beat the hammer senseless, imprisoned the poor nails in the plywood and siding, then left them precariously outside as the hurricane blew…

This was written for the November 14th Carrot Ranch prompt, storm windows. I think this one has more the feel of a “yarn,” but I enjoyed it and hope you did to!

Photo by Pixabay on Pexels.com

Skri water walks over to me. “Lookit – those things are on the island again.”

The short-limbed creatures watch me from the shores. I do not bounce as if to play, do not acknowledge them. Instead I reach below the surface to grab a chunk of algae. “I thought nothing lived on land.”

“You know what the elder says?” Skri leaned in close. “She thinks they’re monsters.”

The materially-rich monsters move as if to avoid scaring us. There’s something knowing about them, something intelligent, but they’re absent the holiness of water.

I shudder. Nothing with a soul walks on land.

This sci-fi flash was written for the November 7th Flash Fiction Challenge on the Carrot Ranch. Water Walkers was the theme this week, and that made me think of water strider bugs. I invented an alien that is bigger, intelligent, and walks on water. The land creatures are supposed to be us treating the aliens like animals on a National Geographic.

Though I guess you could just read this as from the viewpoint of actual water striders, lol.

***Edit: I realized this also fit the prompt for D. Wallace Peach’s November Writing Challenge. Perhaps I will get off my lazy bum and write something special for it – but perhaps I will just let this one linger as my response. 🙂

Photo by Tanguy Sauvin on Pexels.com 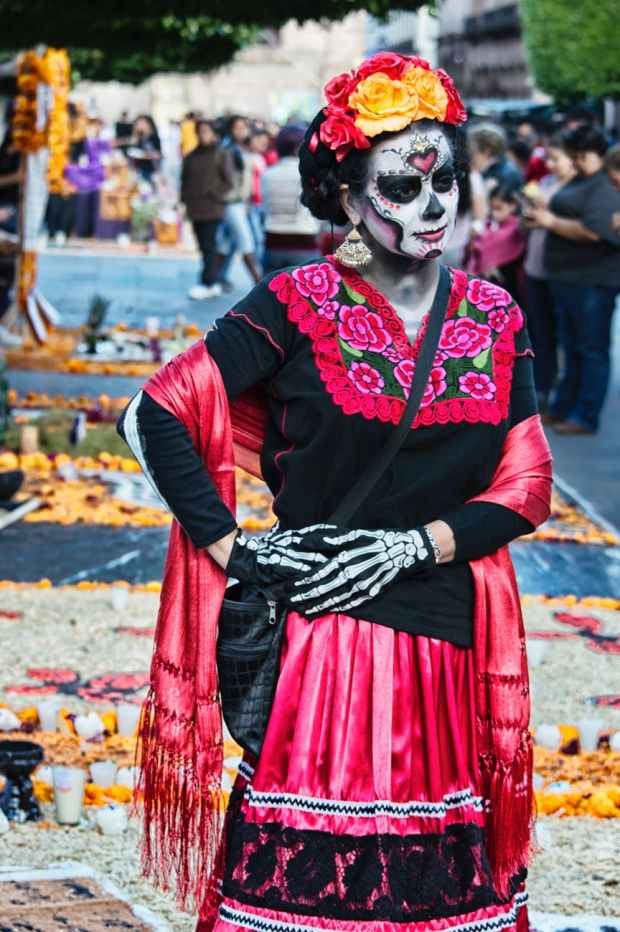 The priest lit a candle in the altar for intentions. He sat and prayed to God for the departed soul.

Little Juan burst into the sanctuary, calaveras makeup painted on his face. He tugged on the priest’s robes. “Your Madre would want you to celebrate! She is in heaven, Padre!”

“How can I celebrate? She is but a few days in her grave. I can’t be happy now, Juan.”

Juan took a wrapped taffy from his pocket and placed it next to the priest’s candle.

The priest smiled, allowing just a touch of Dio de Muertos to cheer him.

This was written for the October 31st Carrot Ranch Prompt, Day of the Dead. I took inspiration from the syncretization of indigenous beliefs and Catholicism that go into the Mexican celebration.

Photo by Genaro Servín on Pexels.com